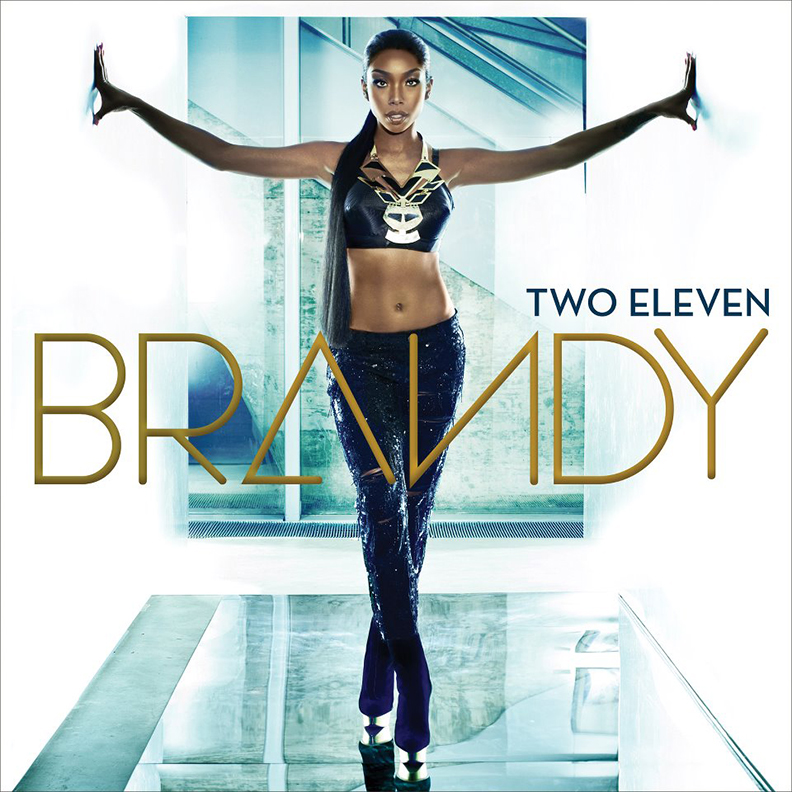 I’ve always felt Brandy works best with one main producer on her projects. For her last few projects she’s found the most success with Rodney ‘Darkchild’ Jerkins. Her last album, Human, released in 2008, was some of her finest work and her best since 2002’s Full Moon. On Human it was if she had found herself, the grown woman and the artist she had evolved into. So on Brandy Two Eleven I was hoping for more of the same, but that is not in the cards here.

Rodney Jerkins does not return to executive produce this album. First mistake. As a matter of fact Jerkins does not appear on the album at all. I thought 2004’s Afrodisiac fiasco would serve as reminder that Jerkins need be involved in all things Brandy, but apparently that lesson still has not been learned. Instead, Brandy worked with Chameleon Entertainment CEO, Breyon Prescott, who oversaw the Two Eleven project and released it on his label in conjunction with RCA Records.

Instead of the one main producer dynamic Brandy decided to gather a who’s who of producers and song writers for this album, with names like Sean Garrett, Rico Love, Jim Jonsin, Frank Ocean, Mario Winans, Chris Brown and Bangladesh lining her credits. The result turns out to be nothing special. There’s no special chemistry, no special sound and really no theme for the album.  Instead of growing on the sound from Human she takes a step back towards what she had with Afrodisiac. And there’s no Kanye West or Timbaland beats/features this time either.

Brandy has a special voice and an incredible ability to turn music into hits. But history shows us that its a delicate process with her and it takes a special kind of producer to pull the best out of her. Regardless of what the sales from Human were, she had something that worked there.
While I’ve been a harsh critic thus far, Two Eleven isn’t all bad. As a Brandy fan I just hoped for more. The album does have many positive moments including “So Sick,” “No Such Thing As Too Late,” “Hardly Breathing,” “Scared of Beautiful,” and “Paint This House.” Depending on how much you love her singles, that may be enough for you. For me the good tracks are just glimpses of hope.

Two Eleven is the 6th studio album of Brandy’s up and down career. I’ll continue to support her though, because at the end of the day I truly believe she is one of the leading ladies of our generation. It’s just disappointing that she hasn’t dominated like I’m sure she’s capable of, not for a long time at least. Unfortunately, Two Eleven won’t help her get back on top.

Maybe she’ll bring Darkchild back around for her seventh album.