She went from writing for Fortune 500 companies to becoming an author and self-publishing her first novel, Claiming Jeremiah.  Author Missy B. Salick takes time from her busy schedule of working and raising two children to discuss her past work as well as the release of her debut novel. Claiming Jeremiah, electronically released April 6th describes the story of a young woman, Jordyn Sims, who deals with her own personal struggles while going through the process of adopting her nephew, who was abandoned by her sister, Tori.  A story Salick is all too familiar with, considering that she recently adopted a foster child she took into her home while still in her mid-twenties.   In this interview, Salick discusses her love for writing as well as her passion for foster children.

Parlé Magazine: Missy, thank you for making the time to speak with us today.  Are you originally from New York?
Missy B. Salick: I live in New York, but I actually went to school in Maryland, in Riverdale. 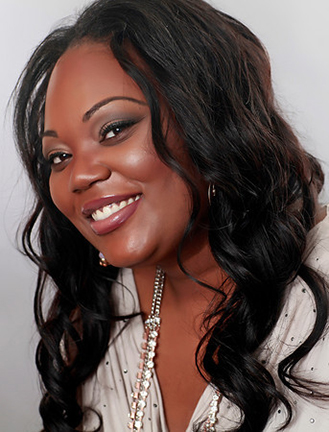 Parlé: How did you get from Maryland to New York?
Missy B. Salick: A lot of my family is there in the DC area, so I went to high school there and then the rest of the time I’ve lived in New York.

Parlé: So what do you feel is most important for others to know about you?
Missy B Salick: I would want them to know that I don’t want to be put into a certain genre or box. This book is more women’s fiction but I tend to think outside of the box. I can do fiction. I do business writing. I do song writing. I’m all across the board. So I don’t want people to say, “oh, she only writes fiction.”  Whatever the day is or whenever I write, it’s going to be different from yesterday, or the last project that I worked on. So you can never expect the same thing twice.

Parlé: That versatility as a writer is important and something good to have. Were you always a writer growing up or is it something that you just sort of came into?
Missy B. Salick: I always wrote. As far as a career, it is something that I’m just putting myself out there to do. Personally, as a hobby, I’ve always written.

Parlé: Oh, okay cool. Which school did you go to?
Missy B Salick: Long Island University was the last one. I had to go to a few before I found the right one for me.

Parlé: I definitely understand that. So you were into marketing and then you decided to focus on writing. Is that how you got into business writing because you were merging the two?
Missy B. Salick: Actually when I was in college I started out at Sherman & Sterling, and I started out in a coordinator role in their press department.  So they would give me different things to update and tweak and then they saw my writing abilities too so it kind of just went from there. They started giving me business articles to write and asked me to do interviews and things like that, so I kind of fell into it in my career path as well.

Parlé: What were the companies you worked for?
Missy B. Salick: There was Sherman & Sterling, Deloitte, KTMG. I did a few pieces for The Village Boys. I did Violator Management, that’s within the entertainment industry. Then I also did some ghostwriting.

Parlé:  Did you write for anyone well known in terms of your ghostwriting?
Missy B. Salick: I worked for MBK, that was Alicia Keys’s record label.

Parlé: Did any of the songs make onto any CDs?
Missy B. Salick: Actually no. It was more-so indie stuff and for their new artist who they were breaking in to see where they would fit and go through the whole artist development phase.

Parlé: That’s pretty cool though.
Missy B Salick: It was, because I was young and it gave me the opportunity to try it out and see if I wanted to do that.  So it was cool that they allowed me to do it.

Parlé: Do you write poetry also or is it strictly business writing and novels?
Missy B. Salick: I do. I do write poetry. I haven’t in a while but I did used to  write poetry. I actually have a collection of it.

Parlé: Do you plan on releasing that, or is it just going to be kept to yourself?
Missy B. Salick: I probably won’t. (chuckles) Maybe in the future I’ll throw a couple of pieces on the website. I’m not like some of the poets that you would read today.

Parlé: I understand. Between all of the different writing styles, do you have a preference?
Missy B. Salick: Um, hmm… I don’t. They’re all dependent on the character that pops in my head and they kind of take over for a moment and that time that I’m writing him or her. It consumes me, so they become my favorite.  I really can’t choose. 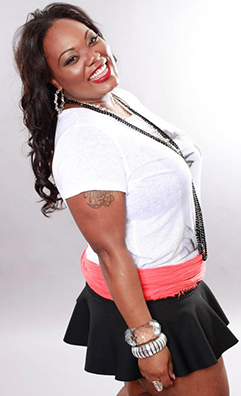 Parlé:  What inspired your transition into becoming a novelist over a ghostwriter and business writer for these major companies?
Missy B Salick: Actually, it was the story that I wrote about. It was really personal to me based off of my experiences that made me decide to put it into a novel because when I was going through it I didn’t have any books  to relate to and find out more information. So, I said, “hey, you know what?  You have the writing skills. Why not just put it into a book?” That’s what actually made me write the novel.

Parlé: What do you enjoy most about writing novels as opposed to writing for those businesses?
Missy B. Salick: I think it would be me completing it. You never know how hard it is to say, “hey, I’ve done this,” until you’ve written one. You have no idea about the headaches, the stress, the tears, that go into it until it is done.

Parlé: Did writing Claiming Jeremiah require a lot of research or were you essentially pulling from your own experiences?
Missy B. Salick: I think it was a lot of research. It was very tedious because you have to write your first draft. When you’re a first time writer and complete that draft you think you’re done, but you take it and go to an editor. They’re chopping it and have red marks everywhere and they tell you what needs to be changed. It’s very different writing a novel as opposed to writing an article or an interview. There are other aspects about it that you really don’t know about unless you’ve trained to do that. That was a little different to me.

Parlé: You have a four year old adopted son now.  What was the process behind taking him in as a foster child and adopting him. Was that why you wrote your book?
Missy B Salick: Yes, correct.

Parlé: Okay, how long did it take you to write the book?
Missy B. Salick: I wrote the first draft, probably in about three to four months.  Then my editor told me that it was incomplete and to go back to the drawing board. So I put it down for about a year and walked away from it and then I picked it up again and then it probably took me another three to four months. The whole writing experience probably made it a total of six to seven months.

Parlé: How’s the transition of releasing your book to the public been?
Missy B Salick: The whole transition was very scary. I actually hesitated several times. I didn’t want to click “upload” because once it’s out there, it’s out there. So it’s been very hard. Luckily, everyone has been very supportive. I’ve gotten great feedback. People are really open to the idea of someone putting this story out there and telling people that it is not all peaches and cream. Normally when you hear the story of adoption, you hear the good stories, and not necessarily  the truth behind it or the truth behind the birth parents and what they’re dealing with and why these children have to end up in foster care.  So, that gave me the motivation to keep going and to continue. To set myself away from it, and remove my personal feelings away from it and say, “hey,  this is going to help someone else.” 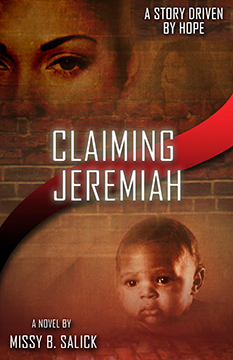 Parlé: Can you talk a little bit about your passion for foster children?
Missy B. Salick:  They really just touch my heart. In my age group, what I’m doing just doesn’t happen. We have to get these children a home. There’s no reason that there are so many Americans and so many people who can’t have children and just will not open their homes. I’ve learned through my research that there are just so many people who just don’t know about it. We have to get the word out there because no one talks about these children. If someone does talk about them it’s just like a sensitive subject. People say, “Oh, I don’t want a foster children. They have bad blood.”  You hear all of these horrific stories, but at the end of the day they’re just kids.

Parlé: How old was your son when you took him into your home?
Missy B. Salick: He was 8 months.

Parlé: Then you adopted him at what age?
Missy B. Salick: It took three years, so he was around  3 and ½.

Parlé: I’m guessing that was a difficult process considering it took three years.
Missy B. Salick: Yeah. There were miles of paperwork and miles of red tape. It took a little longer for us because we were in two different states. My son was from New York and at the time I was living in Atlanta. So it dealt with two different agencies and two different ICPC agencies. So dealing with four different agencies got a little crazy, but the average time that adoption takes is about two and a half to three years before they’re adopted.