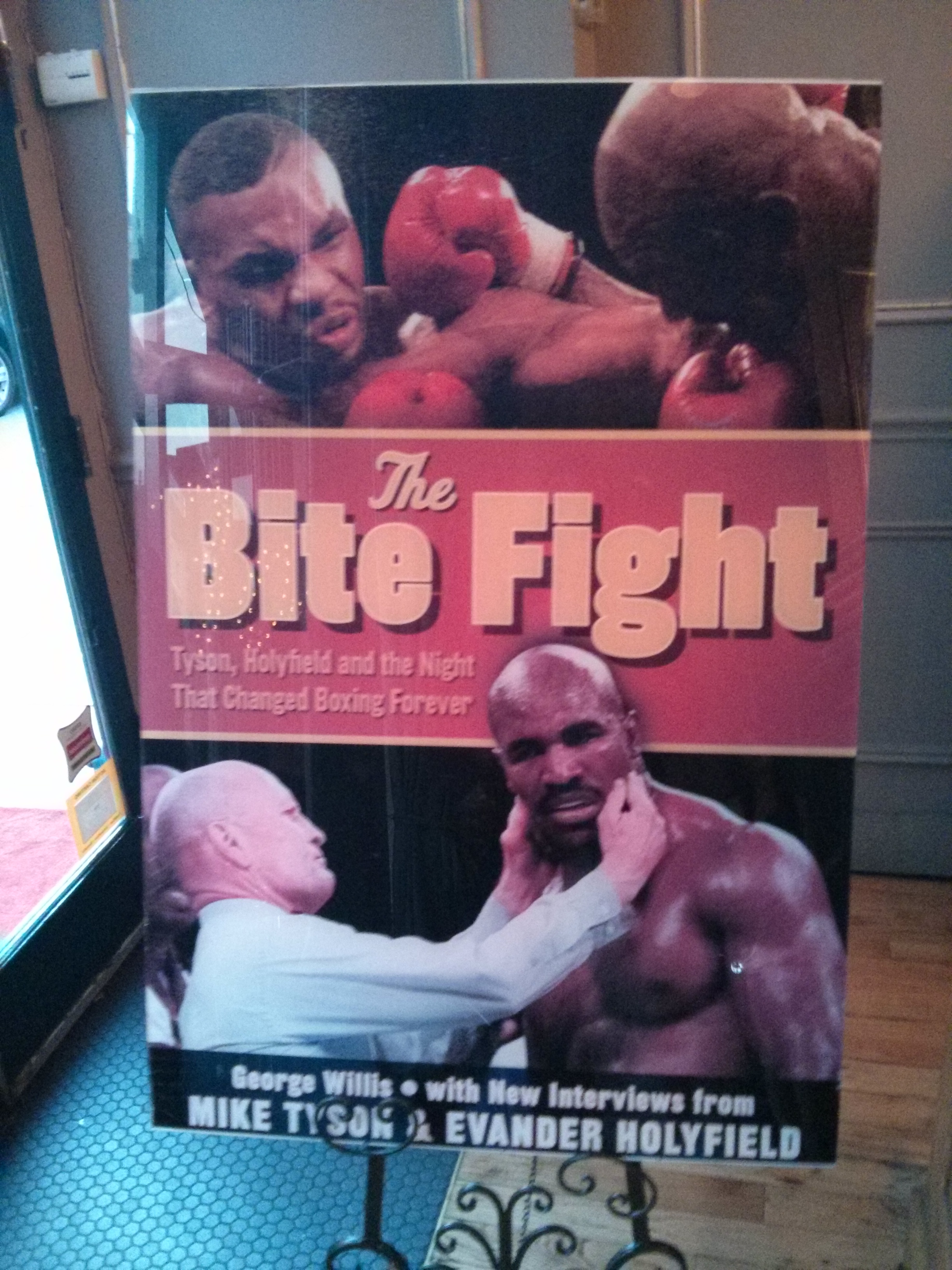 Last Wednesday at 4:00pm I received this text message:

I had two paradoxical reactions to this message. The first reaction was boyish excitement at the possibility of being in the same room as one of the most (in my opinion the most) magnetic personality in the history of sports. Every thing about Michael Gerard Tyson was must-see TV, there hasn’t been a documentary made about him I haven’t invested the time to watch. I could only imagine what it might be like to experience what he was like live and in person.

Within a few seconds of sending my confirmation, my second reaction kicked in: fear. There was no rational fear of being star struck or saying some stupid. It was the irrational and self-absorbed fear that Tyson would decide to target me and subsequently use my face as speed bag. It’s completely implausible. But that’s the intriguing nature of a Tyson moment; he’s made a reputation off of making what should be mundane fascinating and insanity all too routine.

(See Bill Simmons’ Tyson Zone theory: When a person enters the Tyson Zone, that means they’ve exhibited enough insane behavior that their ceiling of insanity has been permanently lifted. In other words, you’d believe absolutely any story about that person no matter what it was. So if I told you, “Lately, Mike Tyson has been killing bats and drinking their blood because he thinks it allows him to sleep better,” you wouldn’t doubt that story because you had already decided to believe any Mike Tyson story no matter what it was.)

The more perplexing part of the Mike Tyson saga is that for more than 25 years we never tuned him out. We were there when he was 18 years old knocking out grown men 10 years his senior, we watched him end Larry Holmes’ boxing relevance, turn Michael Spinks into scarecrow on his way to being the youngest heavyweight champion of all-time. We invaded the privacy of his marriage with Robin Givens and refused look away as it spiraled out control into a public divorce. Then there was Buster Douglas, Desiree Washington and a jail sentence for rape. By then we should have shunned then right? No, not after he regains the heavyweight title. Tyson then bites Holyfield’s ear, in the middle of their title rematch in one of the most infamous, and (maybe more importantly) embarrassing moments in the history of boxing. But we watched every interview; we were there for every outburst up until his final match in 2005.

And we’re still watching almost 10 years after last meaningful fight. We still tune into him, because of the legend and the myth he created during the late 80’s and early 90’s. We continue to watch, because he feeds into our desire for irreverent figures. More importantly, for all his intensity and psychosis, he was always sincere. In a world with scripted apologies, issued PR statements, the viewer never had to speculate as to whether Tyson was being honest.

I arrived shortly after six when my friend Jay informed me that Tyson just walked into Bounce Sporting Club. After checking in, we walked straight to bar. (I know Tyson should have been the first thing I tried to spot, but there was an open bar). They really pushed hard for me to drink the Tecate, so I drank the Tecate. I needed something to offset the nerves of Mike Tyson’s presence. My mission was clear: either snap a photo with Mike Tyson or shake his hand.

The PA announcer for the Brooklyn Nets, David Diamante, was the M.C. for the event. He took the opportunity to demonstrate the strength of his pipes to make the moment that more dramatic for the entrance of the former heavyweight champion.

With some unnecessarily dramatic music and strobe lights added to the moment, we all cheered as Tyson made his was to the table to do a short press conference. They tossed him a few light questions about the infamous night that he humbly rambled through. While we all muttered during the questions, the entire bar stopped what ever they were doing, moving drinking, speaking, blinking, to listen to every word he had to say. He commanded and dictated the room. When he wanted us to chuckle, we chuckled. When he wanted us groan, we groaned.

As he answered all the questions about the fight, the fight was being replayed on a loop on the TVs above the bar. So as Tyson answered the questions, I stared at the TV. Of course it was the round where he bit Holyfield for the final time, when Mills Lane finally stepped in to put a halt to one of the more inexplicable events in sports.

Then the final question rolled in:

“Why didn’t you low-blow Holyfield or kidney shot him or rabbit punch him? Why did you decide to bite him?

Tyson laughed heavily and replied, “because I tried every thing else.” We all guffawed. Tyson stood up from the table and Diamante demanded a round of applause for Tyson. At that moment I shifted into position to seize the moment.

Two bouncers, whom were taller, but not wider than Tyson, parted the crowd and split it perfectly so that I would have the opportunity to take a picture or at least shake his hand. I pulled out my phone and started calculating his steps so that I would be at the angle and just the moment he was going to walk by. 8 feet. He turned and shook the hand of a stout man in a suit. 6 feet. The first bouncer walked by me, and the only thing between Tyson and me is booze filled air. 4 feet. I pull out my phone with my left hand and get ready to reach out with my right hand. 2 feet. I make eye contact with Tyson and I felt what had to be the same feeling Michael Spinks felt in the title fight. He snarled almost instinctively. I saw the tight purple spandex shirt that screamed for mercy against what had to be widest in-shape and solid human being I’ve ever seen in person. I froze for a second. I tried to get my hands up to take the picture; instead, I fumbled the phone trying to get it to take a picture.

Just like that, I saw the back of his body and the tattoo on the left side of his face as he said good-bye to others.