Christian Rapper, Derek Minor Introduces All To His World

Reach Records own Derek Minor (formerly known as PRo) has released his most socially aware and impressive body of work thus far with Minorville. The Tennessee born emcee began his journey in 2006 with his first mixtape, The Pro Show: The Mixtape and since its release it seems as if Minor cannot stop. Releasing a total of six mixtapes and three albums Minor has simply been on fire. Each project displays Minor’s witty and intellectual content and delivery, which could be credited to his musical influences growing up. Inspired by legends such as Tupac, Eminem and Nas just to name a few Minor has been embedded with greatness from the start.

Minor’s continues to inspire and motivate with new music. His latest single titled, “Dear. Mr. Christian” is a conscious reminder to not prejudge anyone because we are unaware of their story. Since its YouTube debut on July 30th to his fan base of over 106,000 “Dear Mr. Christian” has amassed over 180,000 views and is ultimately a viral success.

Derek Minor also has a great appreciate for those that come before him. Notably he gave praise and respect to the “Underdog Hustler’s Ambition” of Master P and the major hand he had in putting the South on the map in an Era ran by Bad Boy and Rocafella Records. “Master P was really one of the first people from the south that told our story and he was selling so many CD’s out of the trunk that they had to do something with it,” Minor said approvingly. With Minor’s ambition and witty content the game might be in for a rude awakening with Minorville.

The creatively orchestrated, “Dear Mr.Christian” is produced by Heat Academy.   The song features Lecrae and Dee-1.  Also on his coveted project is a track titled “Gimme,” which is a display of essentially everything that’s wrong with society. The track is produced by Minor himself along with the help of Joseph Prielozny and Dirty Rice.

With three studio albums on the shelf and six mixtapes given to his diehard fans, it almost seems impossible to continuously find creative inspiration for his powerful and inspiring lyrical content. From life experiences, stories from his old neighborhood, and even Facebook, Minor creates ways to tell new stories. Posting on his “Facebook” account: “Let me know one of your stories” to find some inspiration for what he hopes to be a single titled, “We Are” on the upcoming album. Making music that’s indicative to the person that he has become is key for the “Dear  Mr.Christian” lyricist. “For me it isn’t about that Hip-Hop lifestyle, It’s about the real impact. Me taking care of my son and then him taking care of his son. It’s about creating a legacy.” Minor says. 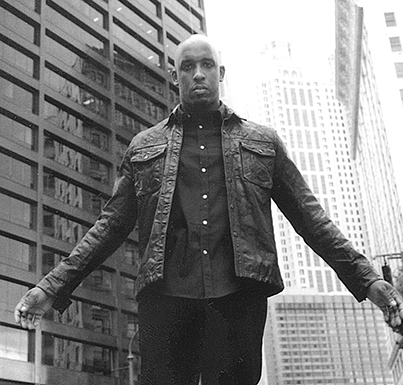 When discussing Reach Records, Minor made it clear, there’s no other place he’d rather be. “It’s bigger than music, they sent me a gift card when my child was born, it’s like a family over there” said Minor. Admitting there’s no downside to being on the independent label Reach Records, “it’s a family deal,” Minor explained.

Minorville has high expectations to live up to. With the success of his previous album, Dying To Live, which debuted No.1 on Billboard’s Top Christian Chart, No.2 on The Gospel Albums Chart and No.7 on the Top Independent Albums Chart respectively, Derek Minor has tons to live up to. However, with the talent and diligence possessed by the Tennessee emcee there’s not much that he cannot do. Dabbling in tons of different fields, Minor’s Web Films also create quite a buzz online. His latest of three titled “Everything Must Go,” which was the only out of the three in which he didn’t write and act in was a smash hit. Hinting at the possibility of creating a Web Film to go with Minorville, Minor continues to give his fans all the reason to be more excited.

Creatively and intellectually there are not many or any for that matter, Hip-Hop artists that can compete with Minor. His brash subject matter and eclectic production set him apart from every artist the industry has to offer. With approximately one month left until Minorville all that’s left to do is, sit back and enjoy the frenzy Minor will create as he releases single after single. From Web Films, the 116 Clique and his own solo music career Minor has the potential to be a creative triple threat. With the skill, talent and ambition that Derek has, it’s a given that his upcoming album will be another hit to add to his catalog. September 10th the world will realize this is Minor‘s World!.