With the 10 year anniversary of “Trap Music” upon us, how fitting was it to sit down with one of the pioneering producers of one of the most popular classes of music in Hip-Hop. He has been responsible for hits from Gucci Mane, Young Jeezy and Rocko to name a few, as well as having received a Grammy Award for working with Usher on his smash hit, “Papers.” More recently the major anthem from Drake and Migos‘ “Versace,” which has been tearing up radio, is also a song produced by the legendary Zaytoven.  From production, to acting, to his commitment to his religion, Zaytoven is as accomplished and humble as they come. Once compared in passing to the legendary pianist, from which he adopted the name (of sorts) he has laid the groundwork for his own legacy. I sat down with him recently and got the insight on everything from his beginnings, to his current success and plans for the future. Parlé with me, as I introduce Zaytoven.

Parlé Magazine: You are from the Bay area, correct, but most people connect you with the whole Atlanta scene; tell us a little bit about that migration?
Zaytoven: My dad was in the military as I was growing up and with that we moved around a lot. I actually was born in Germany and not too many people know that.  We were in the Bay area for my high School years and afterwards my dad was looking for a place to retire too comfortably. He and mom, they picked Atlanta. When they first moved, I stayed back home out West but after awhile it became too costly; my mom called one day and said that I could use the basement to get my music hustle on, and it made sense so I came down to the A. From then on I was equipped with my own studio, and took the grind to the next level

Parlé: Who was one of the first artists that you clicked with in ATL while you were on that grind?
Zaytoven: Gucci Mane. I was actually in barber school, I always was into cutting hair and what not, to kind of foot the bill for the music equipment. The funny thing is that although we have made a lot of music together, we met just on some regular vibe, we had a mutual friend that I was working with in the barbershop. At that time a lot of the brothers from the barbershop would come through my studio, he was one of them and we got cool just like that. That’s before actually rapping, he was just Roderick Davis to me. (laughs)

Parlé: Tell us a little about the grind of a producer trying to get your music heard and the recognition that ultimately leads to major industry success?
Zaytoven: My come up was a real grind. I would make beats, and made sure I was at all the local Hip-Hop related events, and all the showcases that’s how I got connected with the actual artists from the A. We all were out there, after a while I would go to these shows and they would be actually performing to my beats; that was cool.  As some of the artists would start to blow up we would work together more and more that helped me get a buzz.

Parlé: What made you want to blueprint that for other hopefuls in your book, A to Zay: An Indies Guide to Music Production
Zaytoven: My publicist actually helped me with the idea. I wanted a way to drop some jewels on artists and producers who had the same goal as me, and just provide a way for them to get an accurate account on what the business is about and how to come up the right way; wanted to make sure they didn’t make some of the mistakes I made. I’ve been in the game a long time, and I’ve been independent more than anything, never really took no deals or had no management.

Parlé:  What originally attracted you to wanting to play instruments?  How about music as a whole?
Zaytoven: Church was my motivation. With both my parents so active in the church I had to find a way to get into it. I spent a lot of time in church and the music that came out of the church inspired me. I was in the choir, my mom was the director; the organ and the keyboard were the first instruments that caught my eye.

Parlé: How did the transition happen from playing the piano to whole scale production?
Zaytoven: I fell in love with Rap since about 18 years old. That’s when I got into the studio equipment. Once I got my hands on some of the equipment, I was hooked; learning how to record, track and sample changed my perspective.  I learned the drum machine, pro tools, all of that. I fell in love with producing.

Parlé: First beat you made?
Zaytoven: The first beat I made and got placement was with a Bay area artist, JT The Bigga Figga called “Something Crucial” as far as a major record with national spin was Gucci Mane’s and Young Jeezy’s “So Icy.” 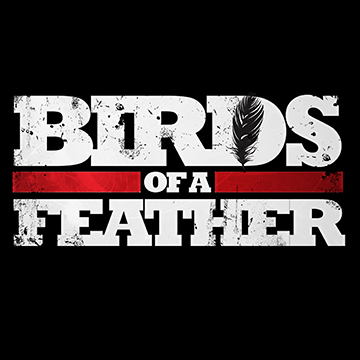 Parlé: You just wrapped a movie as well correct, with an A-list Hip Hop cast, let’s not forget to mention that. How did that come together?
Zaytoven: Yes, it’s called Birds of A Feather. Some dope people such as Gucci Mane, Rocko, Shawty Lo, Big Bank Black and DJ Scream, you know people that I have worked with and clicked with. It’s being distributed by Screen Media Films; It’s major for us because this is only the 2nd urban film that the company has bought the rights to, so that’s something we are proud of.

Parlé: You have won a Grammy for Usher’s “Papers,” tell us about that sense of accomplishment?
Zaytoven: Working with Usher period blew my mind. It’s not what you would call my signature sound. I normally work with people on the come up. When I was approached with the opportunity I was excited, but kind of in disbelief.  It wasn’t until they played it on the radio about 7 times one day did it sink in.  From that, I’ve gotten in the studio with guys like Sean Garrett on the writing tip and that’s new for me.  It opened my eyes to the next level in music, and the industry as a whole.

Parlé: Best artist to work with chemistry wise ?
Zaytoven: Outside of Gucci, I would have to say my homey Rocko, we have really good chemistry. I’ve been on every project that he has come out with, and we politic almost every day.

Parlé: How do you balance out the wild world of the entertainment industry, with your commitment to religion and playing the organ in church weekly?
Zaytoven: It’s that simple. I am committed. Nothing comes between that commitment. Unless I am out of town for work purposes, or something like that I make it my business to make practice on Wednesdays and service on Sundays.

Parlé: What can we expect from Zaytoven going forward?
Zaytoven: Going forward, you can expect a lot from me. I actually have something I’m working on with backpacks to accompany the release of my next movie. Wanted to bring something different to the game.  Production wise, I need people to keep supporting that “Versace” record and I have some more work coming up with Drake, I am also working with Chief Keef. We will start shooting Finesse in the next 2 months, that’s the title of the next movie; part 2 of the book, A to Zay will be out shortly as well. So overall we will just continue to work.