From the gridiron and into the studio: Former All-Pro Leonard Weaver used to hit oncoming linebackers, paving the way for running backs, now he just hits notes with his love for music

Life in the NFL can be cruel at times, but it can also be very rewarding in so many different ways, providing financial freedom to gaining stardom, winning championships and of course the bonds that many men forge together as they hit the field of battle every Sunday.

The glory that these gallant warriors strive for pales into comparison to what they put their bodies through play after play, season after season, year after year.

Yes, a long career in the NFL can be more rewarding than any player every dreams of. Along with money in the bank, there comes financial security, freedom and a lavish lifestyle.

Being an NFL player and a pro athlete in general is similar to being a successful recording artist.

However, over recent years the average length of a player’s career in the NFL has varied. Many reports have said it is around three years, while other statistically studies have shown an average player’s career lasts longer.

As recently as 2011, a statistical analysis by NFL Management Council and AonHewitt, concluded that the 206 drafted rookies who began their careers on NFL 53-man roster will have an average career of 6.86 years. That leaves little room for error on the field and off of the field, especially when a player is thinking about life after football. There is an old adage among players and the message is loud and clear: your very next play can be your last. That was never more evident for former Philadelphia Eagles fullback Leonard Weaver. 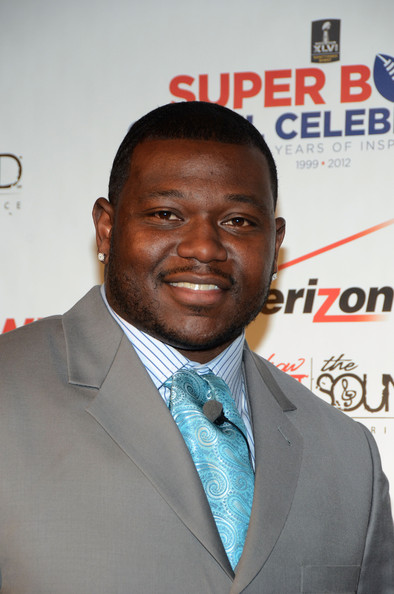 Weaver was an undrafted free agent, who signed with the Seattle Seahawks in 2005 and was converted into a fullback after earning Division II All-American honors as a tight end with Cason-Newman College. He became a starting fullback with Seattle in 2007 and after a successful campaign, became an unrestricted free agent after the 2008 season. He inked a one-year, $1.75 million contract with the Eagles in March of 2009. He won over the heart of Philly fans right away, with his infectious smile and bruising blocking, which earned him All-Pro and Pro Bowl honors during the 2009.

As a restricted free agent heading into the offseason, Weaver signed a three-year contract worth $11 million, with $6.5 million guaranteed. The deal made him the highest paid fullback in NFL history. Weaver was well on his way to a very special career.

Fast forward to his first carry of the 2010 season against the Green Bay Packers on September 12, 2010 and it all ended in a flash. The play was designed for the workman-like fullback to go right, he went left instead and his planted leg collided with a helmet. His momentum carried him over and in less than a second he would never play another down on Sunday again.

How can this happen to such a good man, a humble man who is so deep and so spiritual? A lesser person would have just crawled under a rock and questioned everything, but not Weaver. “I never question my beliefs at all when I got hurt, however I questioned myself,” Weaver admitted. “I have a great God in that he died for me and is constantly by my side, and he fills the voids of my heart, which is why it is easy for me to continue.”

Weaver, who was just 28 and in his prime, shredded his ACL. His posterolateral comer was torn, and many of the muscles surrounding his knee were destroyed. Three surgeries would follow, months of grueling rehab would ensue and then reality soon set in. Weaver would never play again. He could not return for the 2011 season and the Eagles eventually cut him.

Life in the NFL can be so cruel, but when one door closes another opens. “I wasn’t put on this earth to just play football, but to impact the lives of boys and girls and men and women in this world through song, dance, talking and living.”

Did he just say through song?

Here we go another athlete trying to make it in the music game or wait a moment, could this be a different situation. Can this athlete go a different route with music, perhaps in a spiritual way, an uplifting way?

The same work ethic, drive and determination that made Weaver an All-Pro on the field shaped his second career – his life after football – career.

Instead of crushing blockers and opening up holes for running backs, Weaver now opens up the mic and sings from his heart and soul. He recently released his new song dubbed “My Time,” which as you can guess is very personal to him.

“”My Time” is very special to me, and the reason why is because it’s the anthem that is to inspire and motivate people across the world that there is no hater, career change or live circumstance that will keep me down,” Weaver said. “So for all of the haters and nay-sayers that want to talk and tear down, we fly over. Go to another level. Changing the elevation, so to speak.”

It is an easy song to like, sing along to, dance to and get inspired from. And inspiring people is the message that Weaver clearly wanted to convey in his music. “That is exactly the intention of the song. Life and people can sometimes be your greatest downfall, but in this life there are times when you have to let people go who mean you no good and fly high.”

Weaver’s love for Gospel music and uplifting music comes from that special place in his heart, that places that has a love for people which shines through from his core. It is music that he hopes can change people, to bring them together instead of tearing them down. “I wanted to create music that is educational, motivational and inspirational based on the World of God.”

Don’t think for one minute that Weaver’s success on the field has given him a leg up in the music world. He is just another artist trying to make it in the highly competitive field of music. “It’s hard, but I have faced adversity and complications before, and the same that happened then, will happen now. A little perseverance and heart mixed with Christ and all things will work together for the good of those who love him”

Weaver’s positive outlook has helped him get through injury and that same positive thinking gives him a new found respect and admiration for those trying to break into the music game, no matter what type of music it is. “To be considered the best at what you do is a great honor and privilege, but it also requires hard work and disciple.”

One thing is certain, Weaver will quickly squash any notion that he is just another athlete trying to make it in music. In fact the stereotype of athletes in music having to be rappers or Hip-Hop artists is quickly flattened by Weaver just like opposing linebackers trying to tackle him.

“I guess people would assume Rap or Hip-Hop for whatever the reason may be, but I choose to go another route. The reason why is because that’s where my heart is. Music is an open expression of who you are, and what’s on the inside.”

Weaver’s nickname in college was “The Bishop” for his penchant for spending free time traveling with a ministry in the off-season singing Christian themed R&B music, so laying down a track should be easier then barreling into 265lb. linebackers.

“They both come pretty natural to me,” a chuckling Wearer adds.

The say every artist gets that rush when they are singing in studio or on a stage in front of thousands of people. In football there is a different rush. A rush from hearing your name called when you run out of the tunnel. A feeling and memory Weaver recalls like yesterday but can relate to now.

“It only happens when I about to perform. It reminds me of how it felt running out of the tunnel while my name was being announced and the crowd roaring.” a reflective Weaver says.

Weaver’s simple yet refreshing outlook towards life is demonstrated in his video. It is easily understood, clean, and almost has that 1990’s old school feel with a couple of well-dressed guys in front of stylish cars in an airplane hangar. But it is the beginning of the video that you can see what is really important to Weaver in his life. It starts with a wide shot of a smiling Weaver strutting down his stairs in his house. He has this bounce to his step. He walks into the kitchen greeting his family and kissing them goodbye as heads out the door ready to conquer another day.

“That portion of the video is very symbolic, and my family is my support system that helps motivate me to continue to do great things. My wife is the blessing that has always supported me and has helped me to become the man that I am. I thank God for my wife, my queen.”

Being an undrafted free agent was the best thing to happen to Weaver. Because it made him understand the significant plight of an underdog, it made him hungry to excel on the field if he was given a chance.

It allowed him to appreciate the struggling artist, working double shifts waiting tables and in the process attempting to save up enough money for studio time.

Weaver approaches his music career like his playing days. It is always team first, there is no exception. Everyone has to understand their role. When you call for a run off tackle, guards have to pull, guys have to pick up their blocks and the fullback paves the way for the running back. Each player is responsible for doing their job and if executed correctly as a team the play is a success whether it picks up five yards or 10.

That is why he has surrounded himself with an All-Star cast that works very well as a unit.

“I have to say Grammy Nominee Canton Jones has been a huge part of my success. He actually helped push me back into doing music. Jones is a stellar producer, songwriter and vocal a coach. He is also an excellent teacher in showing me how to allow my creative juices to flow. Mouthpiece, who is in my mind, the best rapper on the planet, is also a great writer and singer to add. Lastly, Crane and A1, who did the production behind the song, which was stellar. And there is more to come once I release my first album.

Who came up with the idea about the video being shot in an airplane hangar?

“My wife and I did. We wanted to make sure the message was understood,” Weaver concluded.
If it wasn’t before it is now.

No matter how successful “My Time” is or the other songs that will follow, Weaver has made music his second career and has a message for everyone else.

It is his time now.

Also Check Out:
Hit The Ground Running with Ahmad Carroll
Cappie Pondexter – Being Just One Of The Greatest Isn’t Good Enough

Team Parle has 1311 posts and counting. See all posts by Team Parle

[FIRST LOOK] Meet the Cast of All American: Homecoming Season 2 on CW