I’ve been a fan of this young woman since her YouTube days as Phatfffat, but nowadays she goes by Dondria Nicole. She started out as a YouTube sensation singing covers songs of artists like Usher, Beyoncé, Rihanna, Brandy and several others. After releasing her debut album with So So Def Records, Dondria became somewhat of a household name. Today, she is working on a new album to reintroduce the world to who she has become as a young woman. Miss Nicole is not only beautiful and ravishing, but home-girl can sing the heavens down!!! It was such a honor meeting and chatting with her. Check out the interview below and catch up on what this talented young lady has been up to. 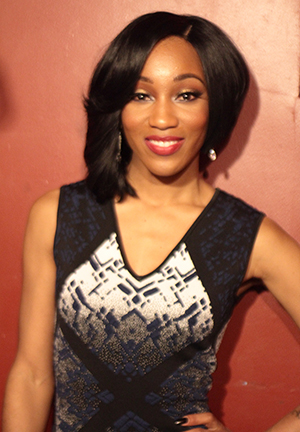 Parlé Magazine: Let’s talk about “Coat Tail,” your new single, girl whatever you were drinking can I get a sip, because that song had me like WOW.  The song is absolutely awesome; it’s definitely a club banger and an anthem for young women. What was the inspiration behind the song?

Dondria Nicole: I can truly say that I been in this industry for 10 years… ALMOST. The old me was just going with the flow and was oblivious to things, but now that I’m older and more mature I have this new look on life. I want new music, a new look, a whole new routine, I feel like I finally found my voice. I wanted to give something that was more mature, something that showed the new me, and most importantly something that the ladies can relate to.

Parlé: So coming off the hiatus Dondria, what can we the fans look forward to? Because Ms. Nicole you have been MISSED!
Dondria Nicole: Aww I missed you guys too. First and Foremost I have always been a stickler for authentic R&B so that won’t change but I will switch it up a bit and get more fun and get a little more stank with it and overall add a little swag to my authentic sound. Currently right now we’re getting ready to shoot a video for “Coat Tail” and I will be dropping an EP mid-summer.

Parlé:  So with this highly anticipated album will you be working with fellow mentor and super producer Jermaine Dupri? What is it like working with such a creative force, you guys have worked together for some time now right?
Dondria Nicole: Our relationship is like a big brother-little sister, he gets on my nerves—I get on his, but we have love for each other and at the end of the day we have the same goals. He’s hard on me, but I’m a big Girl, I take everything a positive criticism.

Parlé:  I remember back in the days you were a regular on my YouTube playlist, since then you have grown and matured as an artist. What advice can you give to the young fans following in your footsteps?
Dondria Nicole: First, I would tell them that they shouldn’t do anything that is not a passion; I know a lot of people are looking for the money, but if you’re not passionate about it, like you would do it for free the rest of your life, then I don’t think you should try to pursuit it just for the money because then you won’t be happy. Secondly, if this is your dream, don’t give up, when you don’t succeed the first or second time, keep pushing and find out what sets you apart from the other artists out there.

Parlé:  From your bio I see that you are an advocate for women’s independence, what advice do you have for women young and old who are trying to find their own independence?
Dondria Nicole: I want to say make sure you have your own; I am so over the women who want a sugar daddy, it’s nothing against them but what are you doing with yourself?  Are you building your credit? Are you looking for something better in life? Look for the bigger picture, think about what you want out of your life.

Parlé:  Will there be any features or will this be an ALL Dondria album?
Dondria Nicole: It will be ALL DONDRIA. If the features make sense then yes but since this is a reintroduction to Dondria, the album would be just me.

[INTERVIEW] K. Michelle On Why All Monsters Are Human, Music & More

[INTERVIEW] JoJo Hailey Opens Up About Embarking On Solo Career