Like most of us, Gospel sensation Lena Byrd Miles is no stranger to adversaries. What separates her from the standard, however, is her longstanding self-sacrifice and unbendable credence in the Higher Power.

Since preschool, Lena has been amusing audiences with her natural endowment. Fast forward, her spirity vocals now tug the heartstrings of gospel enthused crowds around the globe. Prominent gospel figures from Yolanda Adams to Erica Campbell publicly celebrate the songstress’ puissant, spellbinding voice — and upon hearing it you will too!

Between recently releasing her debut album, Brand New, and touring to promote the LP, we were lucky enough to catch Lena and have her take time out of her bustling schedule to sit down with us to chat about some real-world affairs.

Sit back, sip a hot beverage out of your I Love Jesus mug, and check out below our exclusive one-on-one with sister Lena Byrd Miles.

Parle Mag: Lena we appreciate you taking time out for us. Thank you!
Lena Miles: Thanks for having me! God is good.

Parle Mag: All the time! Speaking of the Man Upstairs, how long have you been giving praise and serving in His name?
Lena Miles: Wow, as long as I can remember! My mother and father raised me in the church, so, yes…I’m that antiquated tale of singing in the choir as a child to ultimately becoming a mainstream Gospel artist. As a matter of fact, my parents are still active and serving in the church ’til this day.

Parle Mag: That’s something! So your parents helped you construct the hallowed foundation in which you stand upon today, pretty much.
Lena Miles: Oh, most definitely. Likewise, my father taught and showed me what divine intervention is all about as well.

Parle Mag: Interesting. Elaborate on that for us, please.
Lena Miles: Well, back in 2015-2016 my father was diagnosed with kidney disease. Strikingly, he accepted the diagnosis as his fate and peaceably began making funeral arrangements (mentally and spiritually). In a peculiar way, it was honorable, giving he was primed and absolutely fearless — even so, he’s my Daddy, and I didn’t want to see him go anytime soon — especially considering we (the family) knew he had a lot more life in him, if he were only to stand tall and fight the good fight.

Aside that, we knew he was Highly favored, and with all the love surrounding his existence (from the church, his family, etc.) he’d be able to say, “Move, mountain!” and that mountain would certainly uproot and hurl into the ocean. Fortunately, after numerous ear-chewings and an abundance of prayers, my dad elected to go through with dialysis and begin the intensive process of taking back his health.

Now, in almost 2023, my father is alive and kicking pretty high! He’s an active voice in his church, and spends his days laughing robustly and getting on our nerves [giggles]! Seriously, though, my dad showed me that if you take one step towards God…He’ll take ten steps towards you. And, I cherish him for that.

Parle Mag: That’s one of the most touching stories we’ve ever heard! Besides your dad, are there any other strong, Black men in your life that inspire you?
Lena Miles: Yes, my husband, Toby. Following his mother’s passing, my husband went into a bit of a funk. He felt uninspired by his job at the time also, and harnessing the notion “life is short” as a catalyst for change, he chose to quit his gig and launch his very own company. He now operates Toby’s Hot Dogs & Grub – a popular food truck that serves hundreds of people a day! I feel Black entrepreneurship is something more little boys and girls in black and brown communities around the U.S. (and the world) need to see more of, in order to break cycles and empower the neighborhoods. Long story short — he’s my hero.

Parle Mag: How uplifting! Before jumping off the subject of strong Black men — Kanye West. Everyone knows the uphill battle he’s presently facing, yet, many aren’t crediting him for the value he’s added to the culture. You’ve actually had the chance to be around him in person … what is your take on him?
Lena Miles: Yes, I had the privilege of singing in the choir at DMX’s Homecoming, which Kanye performed at. Can’t speak for anyone else, but, I must say Kanye is one of the nicest, most respectful souls I’ve encountered in the entertainment business. He smiled a lot, and told me (and the choir) how much he adored our presence and thanked us for our service. He’s great.

Parle Mag: That’s amazing! Lastly, Lena, what major Gospel artists would you like to collab with one day?
Lena Miles: Hmm, wow there’s so many! First choice, I’d have to go with the Winans family; I downright love them. Kirk Franklin and I could definitely whip up something magical together. Oh, perhaps Lecrae as well…though he’s more on the Gospel Rap side of things, us collabing would bridge the ‘gospel gap,’ I guess you could say.

Todd Dulaney Opens Up About His Sophomore Album & Life Before Gospel

Travis Greene Talks Newest Single, “You Waited”, & Using His Purpose As A Platform 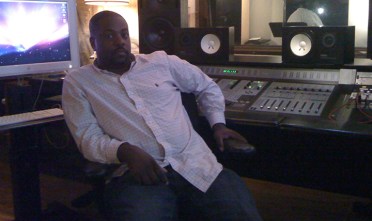 This Isn’t A Hustle, It’s A Career – An In Depth Conversation with Producer Travis Cherry