Orlando native, Chris Batson is a vocalist and a producer. He is in a lane of his own, saying, “The reason I write is to inspire hope.” I’m sure for many, he will do just that. He’s only 22 years old, but his talent has no age barrier on his music in terms of his writing and vocal abilities. Read our interview to get to know Chris Batson a little better. I have a feeling we’ll be hearing more from him pretty soon.

Parlé Magazine: Hi Chris Batson! Thank you so much for doing this interview. How are you?
Chris Batson: I’m doing good.

Parlé: Let’s get right into it, I saw your video for “Wintertime.” Can you tell us what inspired the song and explain the concept of the video.
Chris Batson: “Wintertime” was actually a real life experience that I went through in a past relationship. Basically, the story behind that was my girlfriend at the time; I thought she was pregnant and basically we were trying to figure out what we should do and I wanted to keep it. I thought it would benefit me and she didn’t want to keep it. She ended up not being pregnant so I mean that was a little bit of back story. That was the process behind “Wintertime.”

Parlé:  I know the song is a bit personal for you. Do you mind elaborating on that situation and walking us through how you got through that challenging moment in your life?
Chris Batson: You have to be strong. No matter what comes at you, you just have to take it as it comes and just deal with it. It wasn’t anything that I did special that got me through it. It was just life and I really just took it in stride and let it be dealt with like every man would have to do. The only thing that you really can do is deal with it.

Parlé:  I think your vocal abilities are great. Your sound seems quite mature for your age. You’re 22 years old, and you are in your own lane. How did you come up with your sound?
Chris Batson: It’s crazy because early on I was doing music back in Orlando when I was first started out, it wasn’t the same as it is now. It was a lot lighter, it wasn’t as personal. Just growing up and going through real life experiences, I think my sound changed. It got a lot darker, more honest. Real life experiences ultimately all together changed my sound. I think even if you listen to the older stuff like The Morning After and then you listen to We Got Lost Along The Way; it’s even darker and The Morning After was actually a pretty dark EP but We Got Lost Along The Way is a little darker as well so I think just real life experiences changed my sound.

Parlé:  Who are your musical influences? Who are you inspired by?
Chris Batson: If I had to choose a couple of people I’d definitely say, Frank Ocean, Drake, The Weeknd and even older people like Donny Hathaway and Marvin Gaye—just honest music. 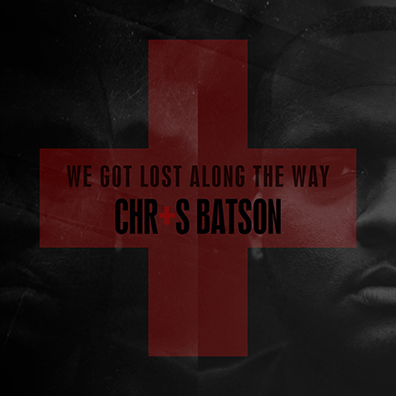 Parlé:  Can you tell us about the process of recording your EP, We Got Lost Along The Way? How long did it take you?
Chris Batson: Back in Orlando I had all the time in the world to create it. I wasn’t doing anything crazy with my career. It was one of those EP’s that happened overtime. Some of the songs were written 2-3 years ago.

Parlé:  Is there an artist you would like to work with? If so, who and why?
Chris Batson: I say it often but I really feel like Kanye West would really get me with my whole sound and my whole story. I feel like he would be the best match up for me. Kanye West is a big inspiration. I think he’s influenced culture in a major way; not in just music but just culture, period. I think he would be a great match up for me.

Parlé:  I can actually see that happening.
Chris Batson: (laughs)

Parlé:  When you think back to the moment your passion for music was born; how do you feel about how far you’ve come?
Chris Batson: It’s crazy because going to Orlando and dealing with certain situations and moving to LA and getting a publishing deal and as an artist deal with Nettwerk Music Group. It’s crazy because I have come a long ways and sometimes I have to look back and just reflect. This is just the beginning but at the same time, I have accomplished a lot. It’s a great start and I’ve come a long ways but I definitely want more.

Parlé:  When you say you moved to LA and got a record deal, did you get a record deal after moving to LA or did you specifically move to LA to pursue a record deal.
Chris Batson: I had the publishing deal with BMG first and that’s what allowed me to even be able to come to LA and then a year later when I was pursuing and writing and chasing the dream, that’s when I really got discovered by Nettwerk Music Group and then we signed the deal. A couple others were interested but Network Music Group was the most excited and the most passionate about what I was doing so we decided to go with them.

Parlé If there’s someone out there who has experienced the same thing that you were going through when you were in a dark space in your life, what advice would you give to them?
Chris Batson: I would say to that person that even though things are dark and things seem like it’ll never get better, honestly that’s an in the moment feeling. You may go on for months thinking nothing is going to change. Eventually something good will happen and inspire you to keep going. The only thing that kept me going during my dark period of time is thinking that maybe things will get better.

Parlé  What else can we expect from Chris Batson?
Chris Batson:  The video for “Windows” is already out. The next video from the EP, We Got Lost Along The Way is about to come out really soon. We’ll be doing a lot of shows in between and building that core fan base.

Kodak Black Addresses Questionable Viral Video of Him and His Mom

Passion Street Publications was born with Jamie Jones as Founder and CEO. She’s already released two books, Echo of Her Cry and Echo of Her Cry II: The Journey Continues-available on Amazon, Barnes and Noble and www.iamjamiejones.com. Her books have received great reviews! She is keeping all publishing doors open, but she’s ready to set Houston, and subsequently the world, ablaze with her beautiful, printed creations. This is one author you must pay attention or you will miss the action. Jamie Jones lives in Houston with her family. She is a wife, mother, author, and publisher. Make sure you keep up with this multi-faceted, multi-talented woman. Twitter: @jamiejones_biz Facebook: authorjamiejones Website: www.iamjamiejones.com Read more articles by Jamie.

Jamie Jones has 32 posts and counting. See all posts by Jamie Jones